Discover the Secrets To Making SIX-FIGURES in the ever-growing printable market! 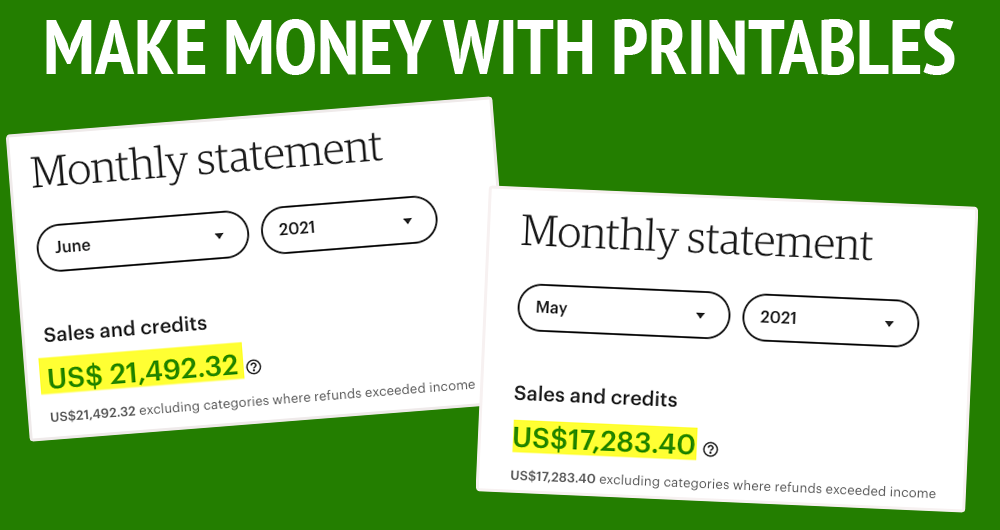 Two years ago, while writing a report about legitimate work from home opportunities, I accidentally stumbled across a "side hustle" that changed everything.

At first, I wondered how much paid advertising must have gone into these popular shops in order to generate the kind of income they were bragging about, but the more I researched, the clearer it became.

This market is so profitable, with hundreds of thousands of customers constantly on the lookout for new products, that it's virtually impossible not to make money in this market.

Better yet, this isn't a market that becomes quickly saturated because people are always looking for new types of product. Even a small change to a product can result in a stampede of sales from repeat customers.

But there was something else that caught my attention.

This isn't based on some time-sensitive niches where only the early takers are making good money.

This market is a multi-billion dollar one.

No, that isn't a typo. It's a multi-billion dollar market.

You've probably already heard the buzz about just how insanely profitable Etsy and Shopify shops can be. So had I.  Plus, everywhere you turn, whether it be Mommy blogs to home decor, crafts and countless other niche markets, printables always seem to be part of their business model.

But it wasn't until I reverse engineered countless successful printable shops and blogs that I discovered exactly how people are making so much money from these simple little printables (and my findings were shocking, to say the least).

And then there's Michelle Rohr, who has earned well over $60,000 from her printable shop.

I also was lucky enough to peer behind the curtain of Printable Amy's $12k-monthly shop to discover that she hadn't even designed any of her top-selling products herself! (Don't worry; I'll show you how you can skip the design work as well.)

All of these success stories—and so many others—was enough to catch my attention.

I wanted in on the action. Wouldn't you?

So, I went to work creating a very simple printable business. I started with Etsy but then quickly expanded so that I was also directly selling from my blog as well as on a Shopify store later that same year.

From day one, as soon as I 'activated' a couple of sales triggers, the payment notifications started tearing up my inbox—day in, day out—like clockwork.

Then, later, after I applied a handful of killer strategies that put my printables in front of thousands of potential buyers, sales skyrocketed even more.

And just like that; this "easy little printable business" turned into one of my top sources of income.

Side hustle?  No way... THIS is a business that deserves your full attention.  It's just too profitable to ignore.

Side Hustle? Nah, This Could Quickly Become Your #1 Source of Income!

The printable market quickly beat out ALL of my other income sources, all within the first few months.

I don't mean slightly bumped them, it outright destroyed them.

There was no comparison.  Printable sales were even outselling my fiction books and I'm a New York Times Bestselling Author!

In fact, it makes me want to break all my own rules about never putting all my eggs into one basket because every time I upload a new printable product to Etsy, my sales soar.

Not only are printables incredibly easy to sell but they will always be in demand!

People love documenting their lives and they'll gladly pay for beautiful printables that help them do just that.

Whether it's weight loss planners, goal trackers or printables that focus on important milestones and accomplishments in life like wedding planners or baby showers, the demand for quality printables is OFF THE HOOK!  And it always will be.

Do you want to learn exactly what you need to do to create a six-figure printable shop?

Well, now you can!

I decided to create a step-by-step insider's training program that reveals my top money-making strategies.

And most importantly, these techniques are based on proven results - from a combination of Etsy, Shopify and even my own website. I'll show you exactly how to dominate this million-dollar niche.

That way, you can get results just like these: 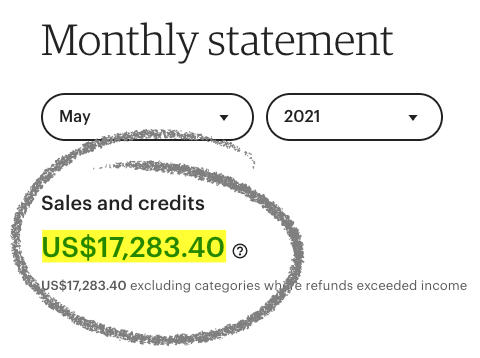 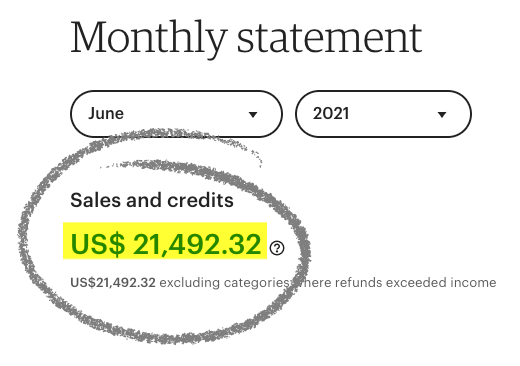 Here's everything you're about to gain access to, all in one complete training center:

This all-inclusive guide takes you step by step through the entire process of creating a profitable Etsy shop, complete with done-for-you graphics and even inventory!

This is much more than "how to set up an Etsy shop" guide. It's a complete blueprint to launching a successful shop in a matter of a few days.

Fact: Nearly every top printable seller has doubled their income once they've moved outside of Etsy.

Etsy is a great quick-start marketplace to gain traction on and build up a customer base, but it's only the beginning!  And I'll show you exactly what your next step should be once you're ready to expand.

I'm also going to show you how to quickly level-up even more by injecting a powerful traffic source into your printable business that will maximize sales!

I'm also going to reveal my top strategy for pumping a steady flow of premium, highly-targeted traffic to your printable products without having to spend hours setting up and tweaking campaigns.

This simple, yet highly-effective strategy is the juice that powers up some of my most successful campaigns and it's drop-dead easy to do!

If you've ever purchased anything from me before then you know I'm all about loading my offers with valuable bonuses and this time I've gone the extra mile with a full collection of premium products and resources that will help you skyrocket your income faster and easier than ever before!

From checklists that outline the exact steps you need to take in order to set yourself up for long-term success to workbooks that reveal my proven blueprint, you'll have everything you need to build your printable empire!

I've left nothing to guesswork and I've also eliminated the steep learning curve by taking you step-by-step through the process in my guides and blueprints but I'm giving you even more!

Looking to start making money even faster?  I've got you covered with an additional bonus that includes done-for-you printables, complete with reseller/commercial-use rights!

You'll even get the source files so you can easily customize them however you wish!

Get Ready To Build a Profitable Printable Business!

This Is The Market You Need To Be In!

I've done my best to create a fully loaded course that includes everything you'll ever need to start making money with printables.

While my focus is on teaching you how to make money with printables on Etsy, I go beyond that with additional training and resources that will take your business to the next level when you're ready!

Simply purchase entry into my Printable Empire training center, and I'll guide you every step of the way.

You'll never need to purchase any other training program - I've got you covered.

P.S: You can start your training whenever you're ready. No rush!  Learn at your own pace when it's convenient for you. No pressure!